Checking back to my report on last year’s Otmoor Challenge I see that this year I was definitely going to go under 2 hours. Very funny! I settled for a target time of 2:15 instead with no certainly I could even manage that.

Come the day I was knackered what with my shoulder having moaned non-stop for days and the knock on effect of only managing to sleep in brief shifts between doses of ibuprofen and tiger balm. Friday night I accidentally made matters worse by deciding on a return to the paracetamol and codeine during the night but the blooming stuff didn’t seem to work.  I had to get up though as I was on the Oxford parkrun volunteer rota and needed to be there at 8:15, I breakfasted and set off bleary eyed muttering that I wouldn’t be doing Otmoor today. I was marshalling and was glad I took the camera as it was sunny enough for some decent photos and my victims were very game. 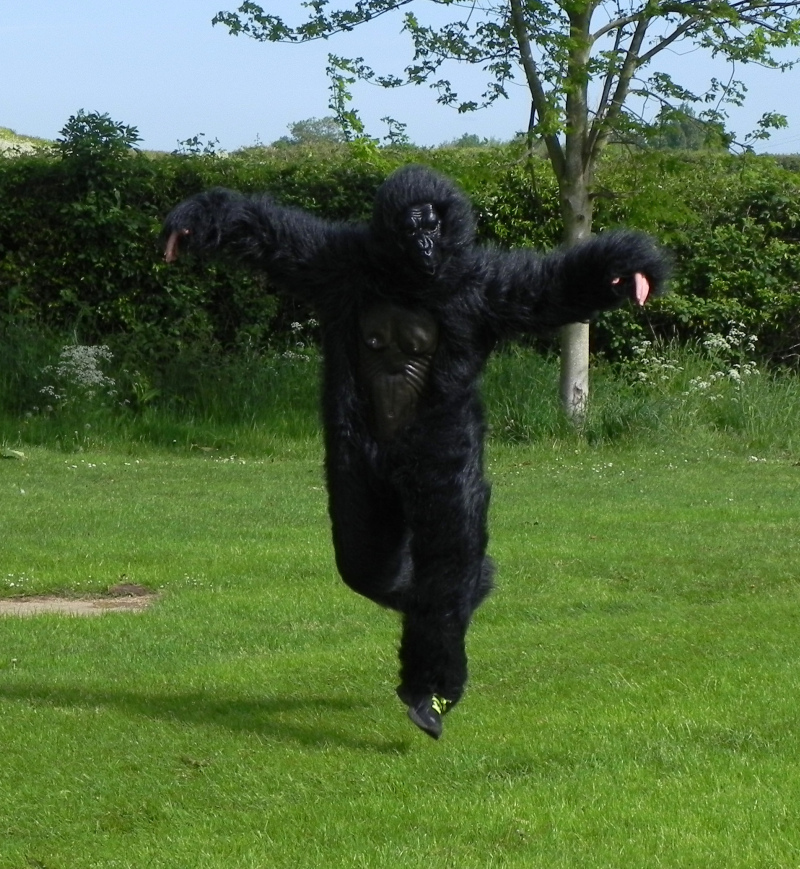 A nice slow start as we jog out the entrance, right down the road then onto a rough track at the end of a cul-de-sac in Horton. Few as slow as me though as I keep it real easy for those first couple of miles cross country till we join the road just before Murcott where the Hash Otmoor Elite Squad were already on their first beer outside the pub. Several miles of minor road now through Fencott, Charlton and Oddington where the same chap as last year standing outside the same pub told us to get a move on again. We’d spread out quite a bit by now and while I’d passed a couple and been passed by a few I was still keeping the pace very easy in the hope of saving some energy for the ‘endless field’ and the hill after it.

It was good to turn down a little avenue then back off tarmac onto field paths again. There was a tricky little wooden bridge and some gnarly surfaces though and my arm was starting to throb as the painkillers wore off. I was pleased to walk a few paces at the Noke water station, drinking a full cup to wash another gel down with. It was getting a bit too warm for comfort – Otmoor Challenge always seems to manage a sunny day – and some of my companions at the tail end were showing signs or wear as I’m sure I was. Shouting and hullabaloo behind announced the approach of the Hash Elite Squad who passed me in a fragmented state of exuberance and exhaustion.

The field went on and on with it’s narrow bits of path with awkward camber and surface. My arm hurt and I wanted to walk but had to keep reminding myself that, unlike sore legs, it would feel no less painful walking or running. The plan was to run everything except Otmoor Lane hill which climbed along the route of the old Roman road from Otmoor nature reserve to Beckley so a couple of miles was spent really looking forward to the hill. When it came to it a walk 3 telegraph poles then run 3 strategy worked fine and I think the only runner who passed me was a straggling Hasher who invited me to join him at their beer stop near the top. I declined and carried onto the last water stop. Then a bit more hill and we were almost home.

The grassy downhill was great as my legs were still good enough to enjoy it, it’s a pity about the stiles. Then a little path and a bit of track before coming out on the road for the last flat mile to the finish. The official walkers route rejoined ours along here so knackered runners, backpacked walkers and traffic gave a busy feel after all that countryside. Soon but not soon enough I reached the turning into the finish field and crossed the line in just under 2 hours 20 minutes – 310th of 353 runners. I was very glad I’d bothered to be there but also pleased I’d thought to bring the tube of ibuprofen gel to rub on my shoulder and ease the cycle ride home over the hill. Definitely going under 2 hours next year 🙂