Jane and I were glad to see the return of the TVOC Saturday Series events at Wycombe Abbey last weekend. We had been spending a few days in Pembrookshire again at Susie’s vegan B&B which had been very relaxing and worth the trip despite our hoped for trip to see dolphins with the Sea Trust being cancelled due to poor conditions. I’d not been running while away so orienteering would be an excuse for a leg stretch and a chance to find out if I remembered any of the vague technique I’d been trying to develop.

Jane went for orange and me for light green as usual. This event being in the confines of what was now the grounds of a girl’s school I was proved right in expecting a lot of controls but little chance of getting properly lost. It wasn’t ‘easy’ though like the University Parks one I’d been initiated with – a lot of effort seemed to have been put into hiding the controls just out of sight!

I made sure to orient the map to compass before running off and had the first 4 controls under my belt in under 5 minutes. We had been told the loos were by the tennis courts and I took a diversion from the next leg during which I failed to find them, finding a locked wrong building instead, and eventually opted for a bush. I then headed for control 5 only to find myself on an unexpected (it was mapped differently to the other tarmac paths and roads) road with a locked gate and fence in front of me and had to retrace a bit and relocate. So #5 took me nearly 15 minutes but I didn’t let this throw me.

Jane and I had walked one of the Shotover permanent courses a bit back and used it to try and get some practice with counting paces – I estimated that roughly 100 paces was 100 metres running for me. This proved useful for knowing if I’d overshot. The rest of the course went reasonably smoothly and I was happy to complete all 19 controls in 58:17 which turned out to be 13th of 21 starters/17 finishers (4 runners having missed a control). 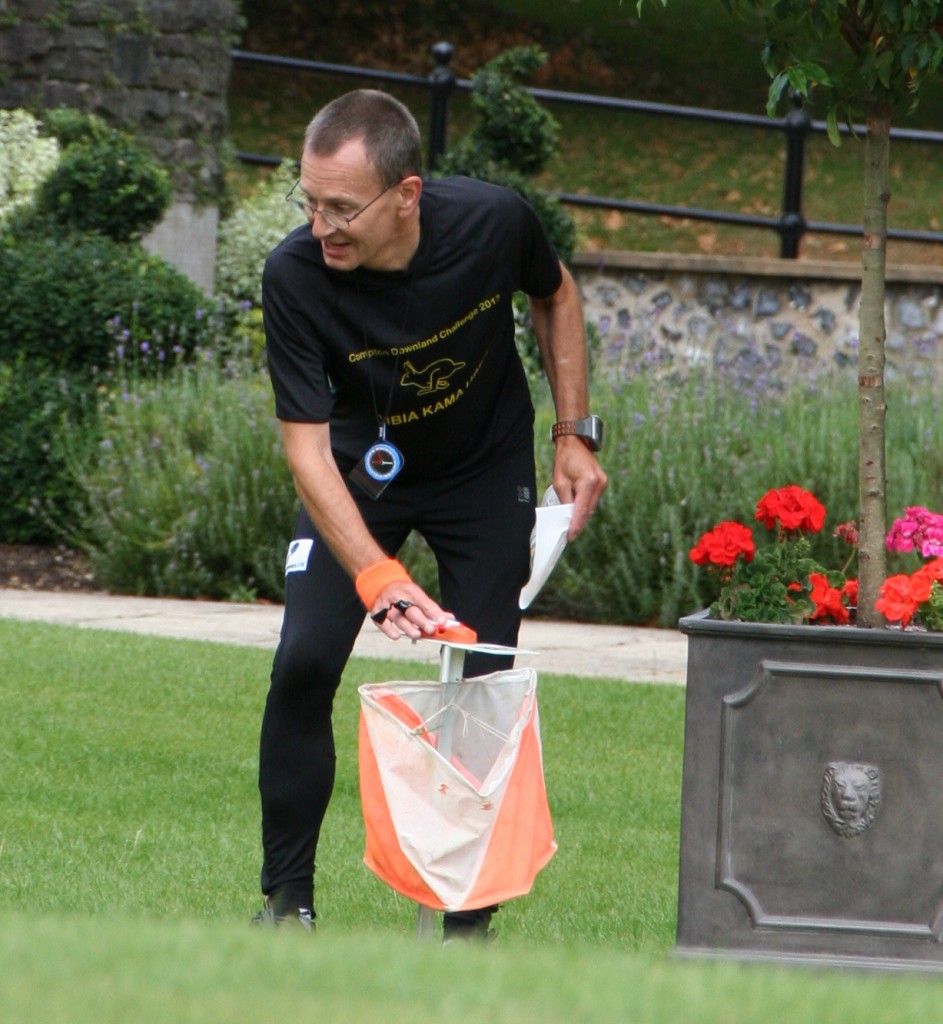 So what about the cortisone? Well this morning I went to the Nuffield Orthopaedic centre so they could do ultrasound on my blooming shoulder with a view to injecting cortisone. The doctor who scanned it said I had a ‘thickened’ (swollen) bursa but no sign of tendon damage. He was reluctant to inject cortisone – he thought my GP should do it but I pointed out that my GP had asked that it was done with the ultrasound so it could be aimed at the right place. So the doctor said fine he’d do it and started getting the injection ready. I felt a bit queasy and mentioned I wasn’t too good with injections so he suggested I move to the bed where he could do it lying down.

Next thing I knew I woke up and realised that I wasn’t in bed and was in fact lying on the hospital floor with a sore shoulder and 4 medical faces peering down at me one of whom was propping my legs up on the bed – I’d fainted! So no jab and a very embarrassed me left under the supervision of a nurse for 15 minutes till they decided I was ok to cycle home. They were all very kind and reassuring with the doctor telling me it happens 2 or 3 times most days but usually after the injection not before!